Intersecting liners and links to zones

I am trying to model a support system for a pipe which will be intersected some distance below by a future tunnel. The idea is to test a system of forepoling below the pipe, anchoring the forepoles to diaphragm walls. An access shaft is to be built, connecting to one of the walls as shown below 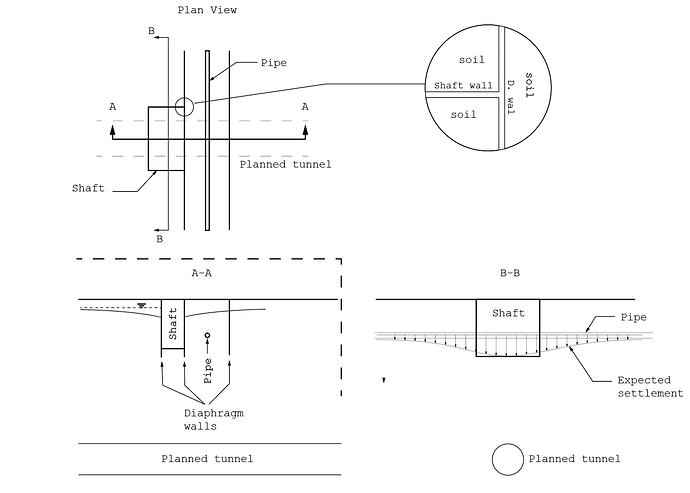 image1359×971 91.1 KB
I am modeling the walls with liner elements in order to allow for pore pressures to drop as a result of pumping. However, when creating the shaft walls (after the paralell walls), I issue a struct node join command, to join the shaft wall to the diaphragm wall.

Here I intend for ‘PozoNorte’ to be the source to join to ‘West’, which I indend to be the target.

this causes the soil outside the shaft wall, near the intersection with the diaphragm wall to lose its links to the liner elements, causing large deformations of 2 m: 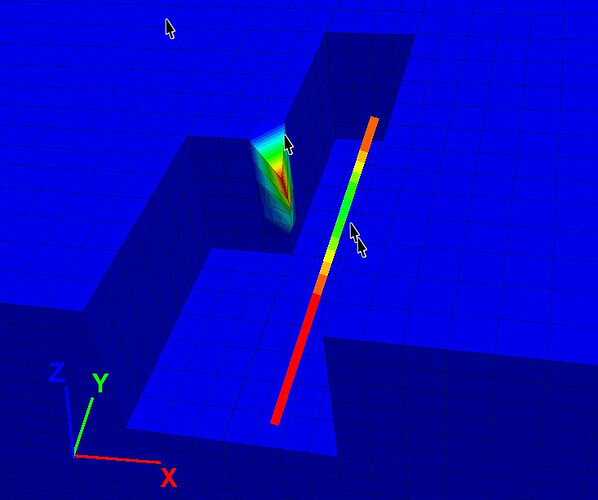 how can I ensure the zones do not lose their links to the liners in the process of joining structure nodes? The documentation for node structure join says any links that exist on the target node are not modified, but it looks like they are in my case since the apparent penetration occurs on both liners.

To me, it seems that we should remove the last two keywords “or ‘West’”:

Please check the link status at the corner.

An alternative method is to use the command: