Recalculating the force and moment under displacement-control loading mechanisms

I am recalculating the equivalent forces and moment if a suction caisson is displacement-control loaded. The model is described below. 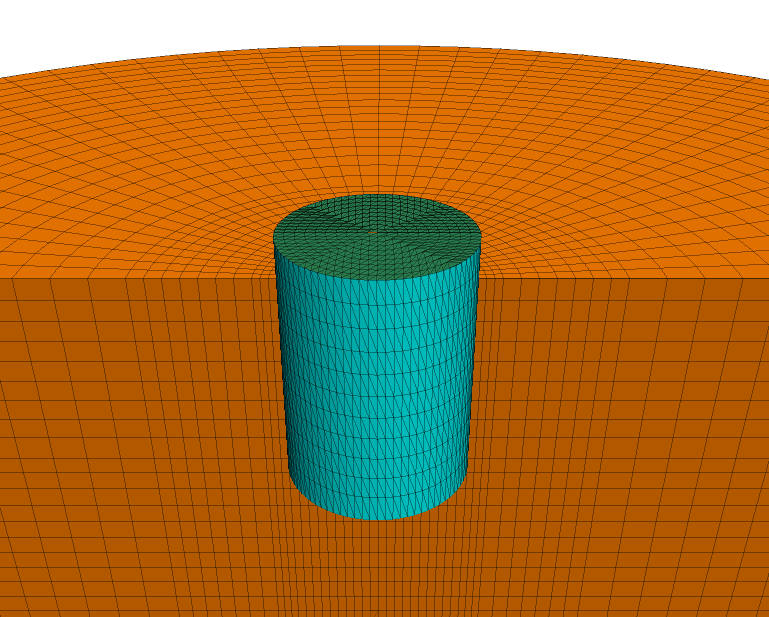 When I recalculate the vertical force, if the suction caisson is loaded by vertical velocity with a manitude of 1e-5m/s. I have added all vertical unbalanced forces at the boundary and compared the results from force-control simulation, which fitted perfect. The comparison you find below. 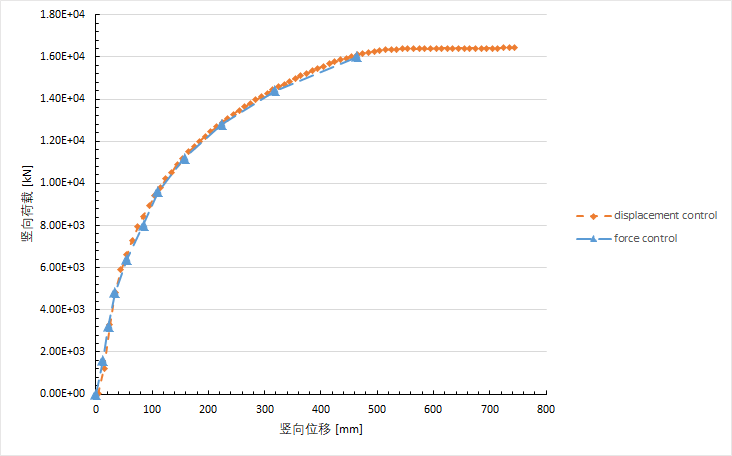 For horizontal case, I have also done some similar jobs. The ultimate state between both loading mechanisms fitted also perfect, except the phase before the ultimate state. You see the results below. I guess that the difference was caused by different failure type of soil and also the structure-soil interaction. So my first question: how can I simulate a perfect line to fit the force-control curve? 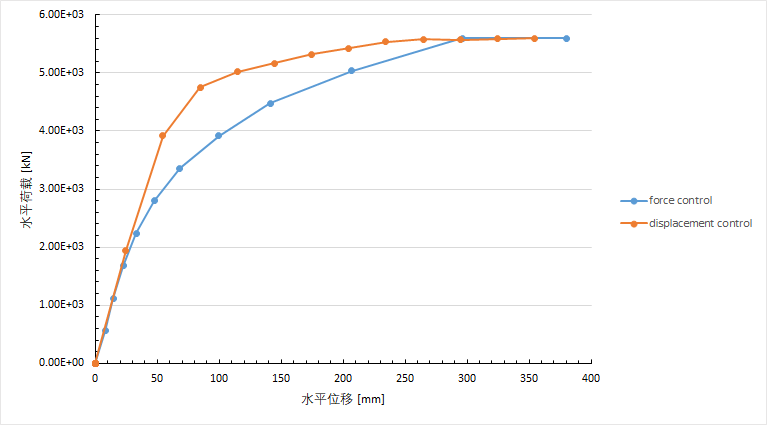 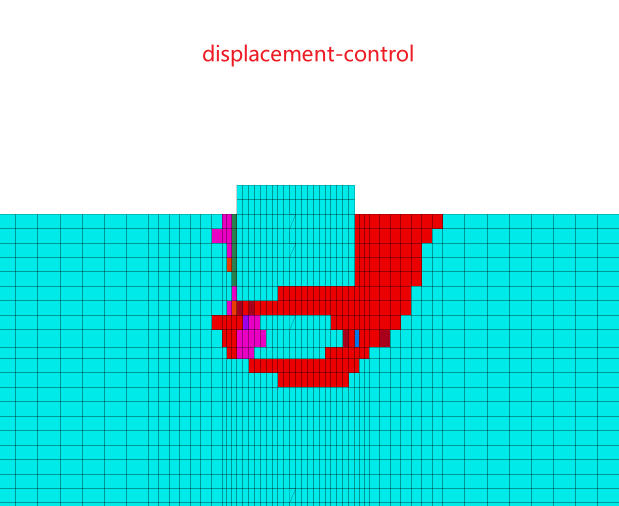 For the applied moment on the top center of the suction caisson, I used the below codes the calsulated the moment. The codes was also checked in the case of force-control, it can calculate the moment by using the unbalanced force at the boundary. However, the calculated moment in case of displacement-control alomot not fitted the moment-control case.(btw I have used the ‘struct node fix rotation-y … and struct node initialize velocity-rotational-y -1e-5 …’). My second question: how can I solve it? The comparison was attached below.

I would suggest make sure that:
(1) For displacement/velocity control, please make sure the velocity is sufficiently small so that each step it can be considered equilibrium. This can be tested as true when the result is almost the same when decreasing the velocity.
(2) For load control, better use a much smaller unbalance ratio to be considered equilibrium. For soil-structure interaction problem in which the stiffness contrast between structure and soil is large, 1e-5 may not be sufficient. Sometimes 1e-7 or even 1e-9 is required.

Not sure where your horizontal loads are applied. I would assume they are applied on the top of the caisson as well.

For rotation case, I would suggest applying linear vertical load distribution on the top of the caisson. The equivalent movement can be calculated only from these forces.

Thanks Cheng! Yes, I have used a quite small velocity applied on the top of suction caisson,let say 1e-5m/s, even smaller. A small velocity can also reduce the oscillation in the beginning of the simulation. And I have set 1e-7 for the unbalacen ratio,which is enough small to recalculate the unbalanced force at the boundary (I have checked that).

For the rotation case, the loads were exactly applied as you suggested (see the figure below). I am not really understand how to apply a displacement on the suction caisson to get a similar load-displacement curve. 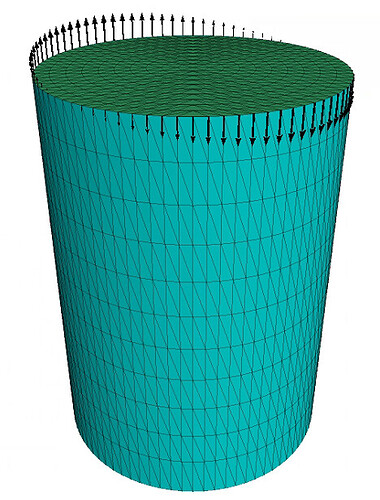 I think you should use liner elements to model the suction caisson. I have done something very similar.

Yes, I have used Liner elements for that.

In this case, why you not apply load or displacement at the same location? Also I do not understand why you need the script above to calculate moment? I thought the moment can be directly extracted from the unbalance force of the nodes where you specify the rotation (or translational displacements).
For your modelling, I would suggest to apply line load or specify displacement conditions on the top of the caisson and along the axis perpendicular to the horizontal loading direction. You could also apply this only at the top center of the lid of the caisson. However, it may take longer to converge.