Is there any way to change geometry into block one?

I use “geomerty import” to import the thing to 3DEC. I cut the discontinuous plane before I import it. However, 3DEC doesn’t show the discontinuous plane which I cut. So I want to ask why and want to know that Is there any way to change geometry into block one? I think about this because I cosider to cut the thing by using block cut code, but there is no way to use this code for a thing made by geometry import code.
shun30.zip (6.7 KB)
This is the file that I import into 3DEC.

Does that achieve what you’re after? 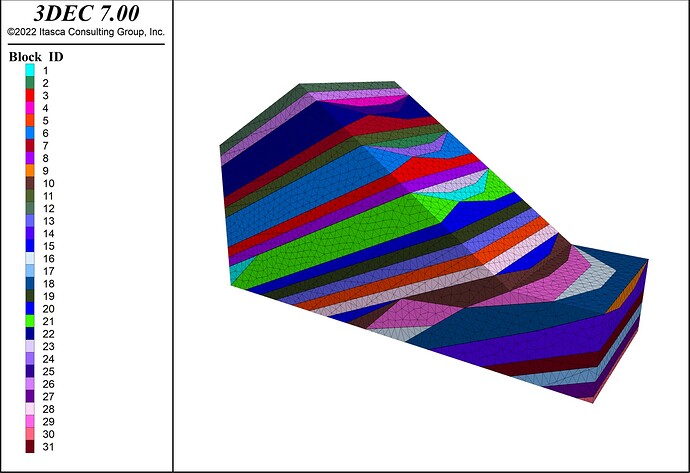 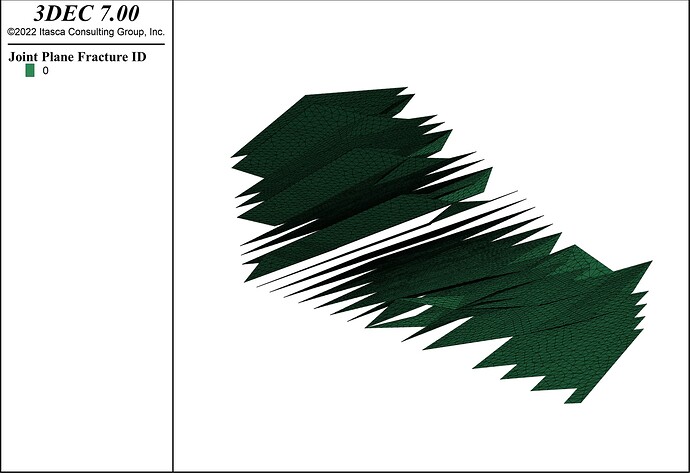 Instead of exporting as a poly file and re-importing into 3DEC, why don’t you use the merge option in the command block generate from geometry? I think you’ll get the same result but faster.

Is there any other way for not using ‘block generate’?

However, after I use merge, I can’t make joint…

Maybe my expression wasn’t clear enough, and I’m sorry for that. What I’m currently trying to do is to cut out a geometry or vonoroi fragmented block from a block that has already been cut with discontinuities. However, according to the instructions of 3DEC, if you want to cut out the fragmented block of geometry or vonoroi, you need to use the “geometry import” command first (in other words, use the “block generate” command to cut the fragmented block of geometry or vonoroi) . The annoying thing is that I don’t know how to cut the discontinuous surface after using the “geometry import” command, and after I use the “block cut” command, the program shows that it can’t be executed. That’s why I’m asking how to “convert” blocks imported using “geometry import” to the block system 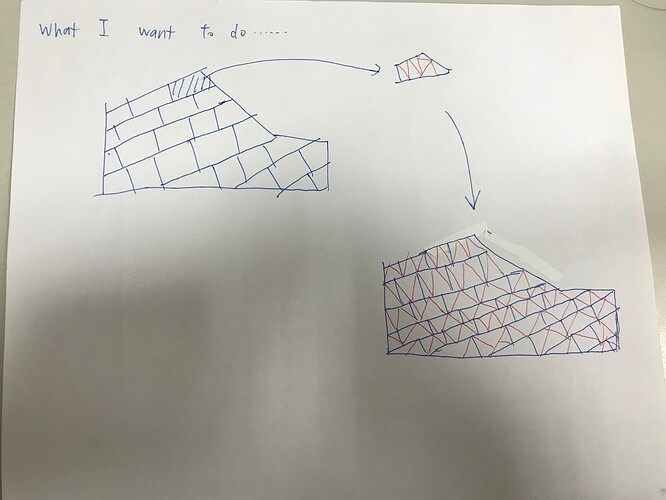 Have you updated to 3DEC 7.00.147? The bug we discussed in the previous thread here on cutting voronoi generations has been fixed in the latest update.

You can now cut the blocks after voronoi generation no problem. I just re-ran the simple example in the previous thread and now get the below result. 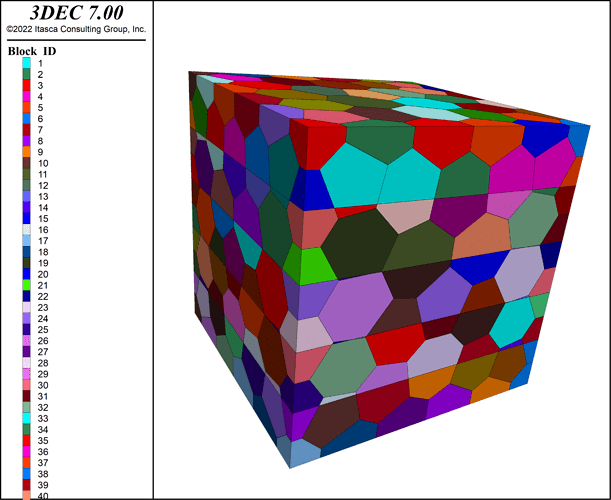 Note that Voronoi blocking in 3DEC works for convex and closed geometries. So you should create a box which contains your model, then use block cut command to have an exact boundary geometry.

Yes, I have. However, what I want is cut the blocks before voronoi generation. Could the 3DEC do that? 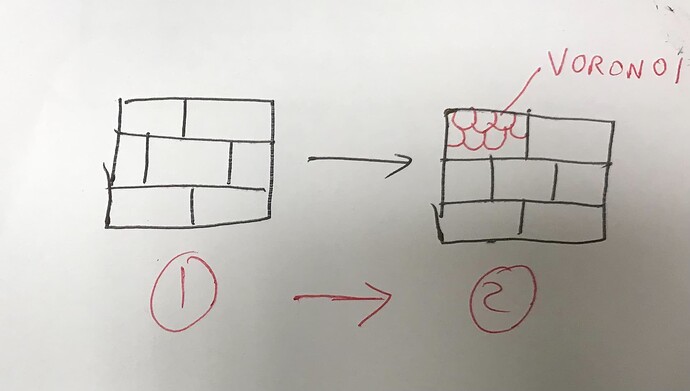 The voronoi generation is the blocks. You can’t cut blocks before they exist. However, you could add all of your joints into the geometry you’re importing and then generate the voronoi blocks within that. The .dxf you provided above already has your sub-horizontal bedding plane(?) discontinuities in it and blocks generate within those planes (as per the 2nd post in this thread), so if you add your other discontinuity set(s) into that geometry as well, prior to importing it, you can then generate your voronoi blocks within both discontinuity sets.

Ok! I have imported the dxf file which had been cut the jointset, but the program didn’t show(or did) it. 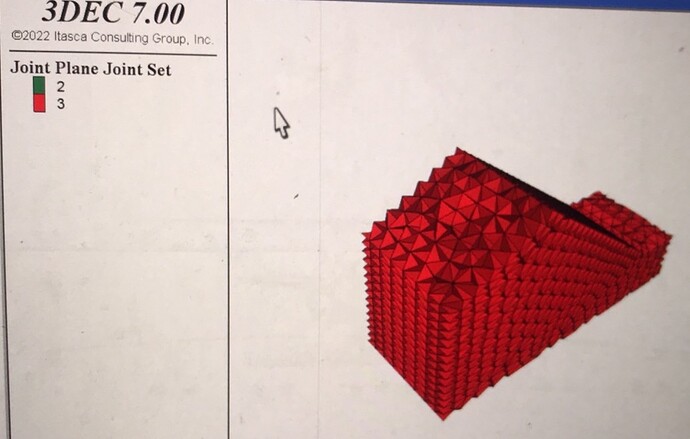 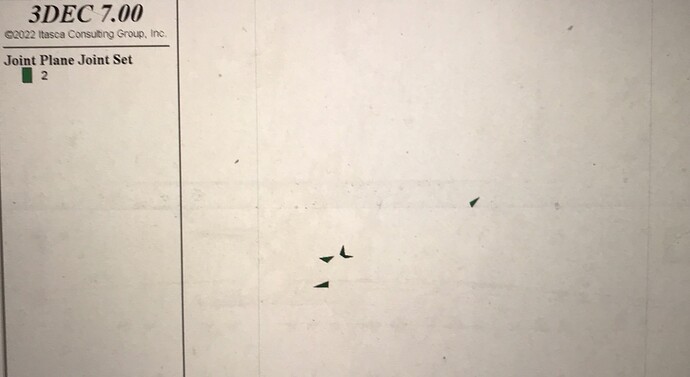 if ‘merge’ used, the block in the model will formed as deformable blocks full of zones, then you can no longer cut the model, if you want cut the model after use command ’ block cut’, dont use ‘merge’ behind command ‘block cut’