Could anyone say, can we use multiple POLYCUBE commands to model a complex structure? Like say, in the tutorial an “overlay.txt” was used to model the figure as attached. Will it be possible to make a cross tunnel, with varying dimension in different directions as enclosed in second figure. 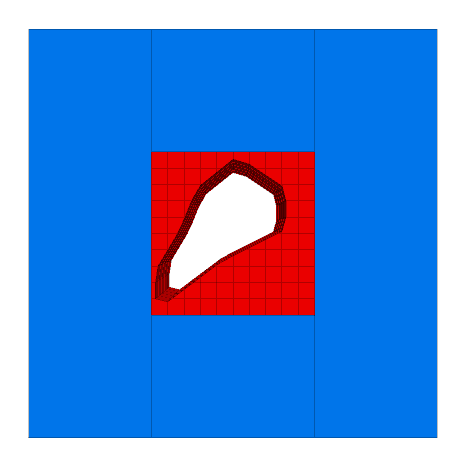 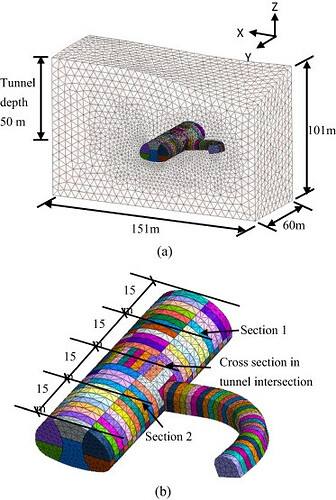 The POLY CUBE command is gone in v7. You can do the same thing by either using BLOCK CUT GEOMETRY or BLOCK CUT TUNNEL (this one also exists in 5.2 - POLY TUNNEL). I have used this to create models of intersecting tunnels as you are showing. You just cut two tunnels perpendicular and delete the unwanted blocks.

Making a curved tunnel would be more challenging. If you have a watertight geometry (dxf) you could use BLOCK GENERATE FROM-GEOMETRY or BLOCK CUT GEOMETRY. But make sure that the geometry is as simple as possible (i.e. try to reduce the number of triangles that make up the surface).

Nope. You can’t cut things in FLAC3D. You could try cutting your model in 3DEC, zoning it, and then exporting to FLAC3D (BLOCK TO-FLAC3D). But obviously you would need to own 3DEC, and also you will end up with all tetrahedral zones in your FLAC3D model.