The identification of the discontinuous plane

This looks like a follow on from your query we tried to solve in your previous thread here?

To help with problem solving, are you able to post a code snippet of how you’re creating the joints?

Of course. My codes for creating joints are pretty much, so I show one part. 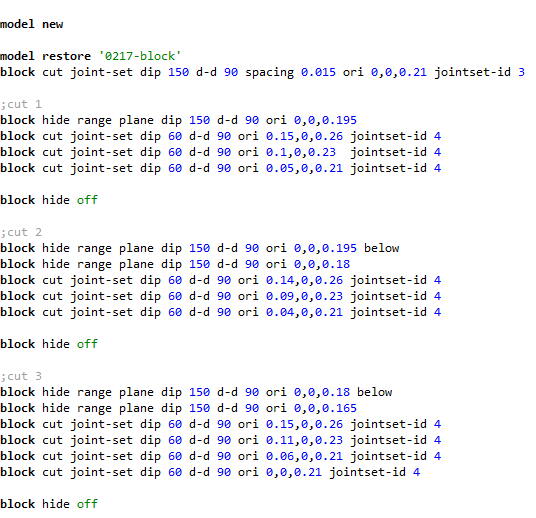 somebody told me that there are elastic joints with high modulus between block in joined blocks, but in my opinion, blocks in joined blocks are simply rigidly attached to each other

As per the 3DEC documentation, block join command — 3DEC 7.0 documentation,
“Joined blocks act as one block with a common centroid and volume calculated for all blocks joined together”.
This suggests that joints are neither assigned with a high modulus nor they are rigid (if the blocks are not rigid). Although there exist contacts and duplicate gridpoints, joined blocks act as one block.
@jhazzard can help with this!

thanks very much for your reply , but I mean if blocks in joined blocks are rigidly attached ?